by John Ashmen with Eric Bauer 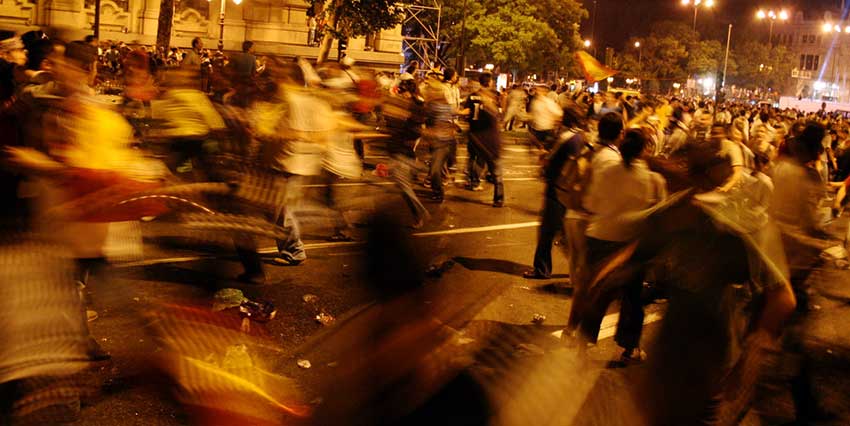 Editor’s note: This article is not simply an alarmist outlook, but rather a realistic perspective on ministry in a time of instability. Allow it to set the stage for important theoretical discussions with your staff and board.

During the summers before my freshman and sophomore years of college, I worked for Atlantic Records. One of the vinyls that kept the presses running ’round the clock in those days was SD-33-283 on the ATCO label—Retrospective: The Best of Buffalo Springfield. Side A, cut 1, was the classic song, “For What It’s Worth.” Stephen Stills’ lyrics on that recording are as portentous now as they were in the late ’60s:

There’s somethin’ happenin’ here/But what it is ain’t exactly clear.
There’s a man with a gun over there/A-tellin’ me I got to beware.

I think it’s time we stop/Children, what’s that sound?
Everybody look what’s going down.

Author Os Guinness would tell you that “what’s going down” is that our nation is in the throes of its greatest struggle since the Civil War. His book, Last Call for Liberty: How America’s Genius for Freedom Has Become Its Greatest Threat, points to the hostility and incivility that we’re seeing today on multiple fronts. The British-born Guinness lets us know that societal self-destruction is not just possible, but probable if we remain on this current course.

Last Call for Liberty is based on the premise that the faith-informed ideals that brought about the American Revolution—namely truth, human dignity, and a realization that mankind is “crooked timber” in need of divine straightening—are being replaced by the progressive secularist ideals that produced the French Revolution. In that latter uprising, acquisition of power was paramount so humans—who were believed to be basically good and without the need for God—could pursue their immediate desires and live according to their own belief systems.

Make no mistake: Because you’re a follower of Jesus and you declare right and wrong according to the Bible, you’re an enemy of this revolution—one that has not been birthed by racial strife but by unhallowed ideology.

I’ve spoken with many people over the past year who said they couldn’t wait for the 2020 election to be over so things could go back to normal. Look around. I’m afraid that we set sail from normal quite some time ago, and it’s now slipping below the horizon behind us.

If you know your way around the Internet, you can find more than a few not-so-subtle calls for anarchists to accelerate violence throughout the country until globalist goals can be achieved. Yes, a good deal of the turbulence we saw leading up to the election was politically incentivized. But if you peer deeper into the dark void of incivility in our cities, you can clearly identify a radical element that has long been bent on revolution, regardless of any election outcome. Political protests and Black Lives Matter demonstrations have simply served as camouflage for a more subversive insurrection.

Nobody has had a better seat for the preview of coming attractions than Eric Bauer. He runs Portland Rescue Mission in Portland, Oregon, and his city has seen unceasing violence since May. It’s a war zone in parts of downtown. Buildings are boarded up and commerce is kaput. He’s not fearful, but neither is he optimistic. Eric and I recently spoke at length about what’s going on in his city. Here is what he had to say:

When having conversations with people concerned about increasingly progressive public policies and practices—which appear to result in very negative impacts—the most common response (which I have heard for many years) goes something like this: “Well, the pendulum will swing back the other way. At some point people will have had enough of this madness and a correction will follow.”

Frankly, I haven’t seen any notable reversal swings in societal behaviors for quite some time, and I don’t expect to see any in the near future. The progressive mindset of the modern age is hardwired to do one thing: keep progressing. Because this worldview has long held dominance in most of academia, the media, the entertainment industry, and in federal and state bureaucracies and courts, it has deeply shaped public opinion and culture.

For the past century, Christian prophetic thinkers like C.S. Lewis, Francis Shaeffer, Alexander Solzhenitsyn, and Chuck Colson have warned of this deepening reality. Almost 90 years ago, Lewis foretold of our emerging cancel culture in his allegorical fictional work A Pilgrim’s Regress, in which he describes the Spirit of the Age allowing only arguments that support it and disallowing any arguments that oppose it.

Some friends from more conservative parts of the country think that my perspective is formed from living in “wacky” Portland. Oregon does compete with Washington and California when it comes to leading the progressive parade. It has a long history of early establishment of progressive laws, including many that set precedents among U.S. states. Measure 110 on November’s ballot was put in place to make Oregon the first state to effectively legalize drug use. Oregon’s nearly unchecked advance of progressive policies has earned our state a ranking of 48th in addressing mental illness and addictions, and 47th in providing quality education. As recently as three years ago, Portland ranked 49th among the 50 largest U.S. cities in providing shelter for people experiencing homelessness, just ahead of sunny San Diego.

But despite all these devastating outcomes, leadership at all levels of government in Oregon is still dominated by progressives. The incumbent mayor of Portland—who since 2017 has presided over policies and practices that have resulted in undeterred crime, an increase in homelessness, and months of continuous rioting—was opposed in the November election by only one candidate, and she is radically more progressive than the incumbent. Prior to the election, polls showed the candidates were neck and neck in the race.

If you think this movie is not coming to a theater near you, consider the fact that there’s a decades-long trend of progressive laws setting precedent on the West Coast and spreading throughout the country. In recent years, onerous rulings and restrictions have increasingly impinged upon rescue missions and similar ministries throughout the country. Many states are currently experiencing powerful pushback on the local level to freedoms previously provided by law.

A new mayor, city council, state attorney general, or legal advocacy group can cause significant disruption to faith-based organizations because the Spirit of the Age is so deeply imbedded in our country’s culture that public opinion no longer provides effective checks and balances for aggressive progressive leaders.

A steady course amid the chaos

The conventional wisdom prior to the elections was that if Donald Trump won another four years, riots would erupt in many liberal cities of significant size, possibly clashing with counter factions. And if Joe Biden won, it was thought that we might see opposite-side uprisings, but more likely, daunting demonstrations from those who want to permanently push the Democrat political agenda as left as possible as fast as possible.

This article was written prior to the election, but unless there has been intervention from above, rebellions emanating from one cause or another are probably bubbling over into our streets, or at least brewing underground.

In the midst of what may be happening and/or what may be coming, what should members of Citygate Network do in the course of their life-giving work? Here are a handful of strong suggestions:

What if you’re confronted with actual violence? Many Citygate Network members are contemplating what course of action they will take should there be a dangerous disturbance on their front steps. I talked to one CEO who told me they recently experienced a prolonged, out-of-hand demonstration on the street in front of his building. With those inside, he called for calm—all the while having a rifle at the ready in case what was going on outside breached his doors and windows. As representatives of the Prince of Peace, how much should we be willing to sacrifice in order to protect our staff, guests, clients, and everything else in our charge?

You might be thinking you would never consider brandishing a firearm at work. It doesn’t fit who you are or how your organization has historically presented itself. But we seem to be walking in unfamiliar territory these days. I heard this statement on a recent Zoom call: “The Christian maps that we have been given and have followed for years do not match up with the terrain presently beneath our feet.”

As I see it, Christians can choose one of three responses to life-threatening violence in these very different days:

Should you arm yourself? That’s a philosophical and spiritual decision that has huge legal implications—and possible personal and organizational consequences. In the end, only you can answer that question. However, as you contemplate, don’t ignore local laws. In some places, arming yourself is not an option. And in other places, firearm training and de-escalation classes are mandated (as they should be). Also, it would be an egregious error in judgment not to let local law enforcement weigh in on this. In the end, if you do decide to legally “carry,” it would be a malignant omission not to have your board first approve a written policy regarding firearms, and record the sanction in board minutes.

A new normal but the same instructions

I serve on the board of the National Association of Evangelicals (NAE). Our most recent meeting started with PowerPoint slides showing glistening glaciers. The accompanying words suggested that the political and societal tumult we are seeing in North America is not just a “winter blizzard,” but the beginning of an “ice age” that could last for a very long time.

Yet, in the midst of this, Jesus says, “Follow me.” Following Him in the days ahead will require that we bundle up with greater faith in the fact that He is sovereign. It also suggests that we warm to the idea of being astute students of the culture (as in, “Everybody look what’s going down.”). And it demands that we maintain a thermal passion for declaring the gospel a key component in life transformation.

Carry on courageously but stay safe. 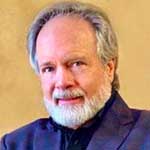 John is president of Citygate Network and has spent nearly 30 years in association management. He holds a bachelor’s degree in Bible with a social work emphasis from Cairn University, and a master’s in organizational management from the University of Phoenix. John is the author of Invisible Neighbors, considered by many to be the “how-to manual” for followers of Jesus who are serious about meaningful engagement with the poor. 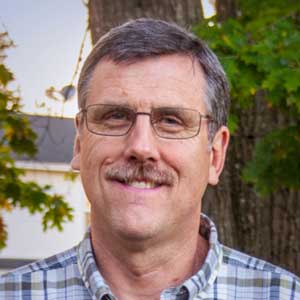 Eric had a 15-year career in technology and business development. But desiring to walk in greater intimacy with the Lord, he spent the last 24 years ministering through recovery, education, and life-skills training. During this “second career,” he revitalized two ministries, including Portland Rescue Mission—where he has served as Executive Director since 2006. Eric and his wife, Ruth, have been married for 25 years and raised two boys.