The Life and Ministry of Jerry McAuley 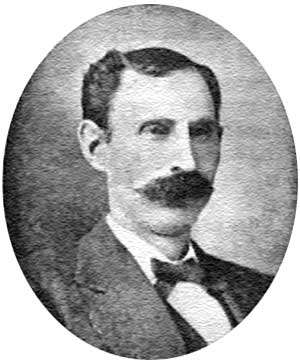 Born in Ireland in 1839, Jerry McAuley never met his father, and his mother was unable or unwilling to care for him, so he went to live with his grandmother at an early age. One of his earliest recollections was of his grandmother on her knees, praying the rosary. When he threw things at her, she would get up and curse him.

Growing up without supervision, he roamed the streets, stealing and causing trouble wherever he went. At 13, Jerry got packed up and sent off to New York to live with his sister and brother-in-law. That didn’t last long, and he moved out to live with a family on Water Street in the slums of Lower East Side New York. Thievery was his main “occupation;” stealing to buy clothes and drink.

During the next five to six years, Jerry became one of the most hated ruffians in the neighborhood. Later he said of himself, “Stealing came natural and easy. A bigger nuisance and loafer never stepped above ground.” He put in a lot of time at the local jailhouse, sometimes spending days and sometimes months.

By his late teens, Jerry had a retreating forehead, small, deep-set eyes, a wide mouth and a heavy, projecting nose paired with long arms and large hands on a tall, strong frame. His appearance could strike fear into the heart of anyone he fixed his gaze upon and became such a nuisance that even the rum sellers wanted to get rid of him.

In January 1857, at age 19, Jerry was falsely accused of highway robbery, convicted on trumped-up charges, and sent to Sing Sing prison for 15 years. At the end of the 30-mile train ride from New York City to Sing Sing, Jerry entered the prison’s entrance under a sign with this familiar phrase, “The way of the transgressor is hard.”

In his book Transformed, Jerry wrote, “All thieves and wicked people know it well, and they know, too, that it is out of the Bible. It is a well-worn proverb in all the haunts of vice, and one confirmed by daily experience. And how strange it is knowing so well that the way is hard, the transgressor will still go on it.”

During his commute to the prison, for the first time in his life Jerry felt sorry to the degree that he was willing to do something he had never done before: Obey rules. Jerry concluded that the only way he could get someone to listen to his story of innocence and help him get justice, was to follow prison rules. Even though he knew he had done enough wrong in the past to deserve this sentence, he refused to accept his loss of freedom without trying to do something about it. Born out of hopelessness and indignation, this feeling was the first step to his later conversion.

Designed at the end of the 18th century, the dark and damp maximum-security prison did not permit talking and had a well-earned reputation for torture. The coffin-like cells measured 3 feet by 3 inches wide, 6 feet by 7 inches high, and 7 feet deep with no windows and only a bucket for plumbing. The odor made it hard to breath and mice, cockroaches, lice, fleas, and bedbugs infested everything.

Jerry lived out the first two years of his sentence doing hard labor in the carpet weaving shop and behaving as a model prisoner. He learned to read and write and got permission to use the library, which contained some religious material. Opting to read cheap novels illegally sneaked into the prison instead, he became restless and sullen, and like most prisoners of that era, his health began to fail leading him to become more bitter and hard-hearted.

After five years in prison, Jerry experienced the first of three significant events that led to life transformation. At a Sunday chapel service, he was moved to tears when he heard Orville Gardner testify of his Christian conversion. He recognized Orville’s sincerity they had previously collaborated in many corrupt deeds.

That powerful testimony started Jerry’s search through the Bible for answers. Night after night he read, leading to a burning desire to experience the same change he had witnessed in Orville’s life. A still small voice within him said, “Pray,” but he didn’t know how to pray. The inner voice said, “Don’t you remember the prayer of the publican, ‘God be merciful to me, a sinner?’” The struggle went on and on.

“It was as if God were fighting the devil for me,” Jerry later recalled. “To every thought that came up there came a verse of Scripture.”

For three or four weeks, the mental struggle continued. Numerous times, he would get on his knees, before quickly jumping up, unable to pray. One day a female missionary came to the prison and talked and prayed with him. When he watched her literally crying out to the Lord in prayer, it moved him beyond words and intensified his struggle. That night, he resolved to stay on his knees until he found forgiveness.

“All at once it seemed as if something supernatural was in my room,” he wrote in Transformed. “I was afraid to open my eyes. I was in an agony and the tears rolled off my face in great drops. How I longed for Gods mercy! Just then, in the very height of my distress, it seemed as if a hand was laid upon my head and these words came to me: ‘My son, thy sins which are many are forgiven.’ I do not know if I heard a voice, yet the words were distinctly spoken in my soul. I jumped from my knees. I paced up and down my cell. A heavenly light seemed to fill it. A softness and a perfume like the fragrance of flowers. I did not know if I was living or not. I clapped my hands and shouted, ‘Praise God! Praise God!’”

Even though there followed many more years of drinking, fighting, and crime, Jerry pointed to that night as his conversion to Christ.

On March 8, 1864, Jerry received a pardon and was set free. The 26-year-old intended to associate with Christians, but their “wavering, unstable, half-and-half faith staggered me.” The lessons he learned during this time helped shape his operating style when he started the first rescue mission in North America.

Near the end of the 1860s, a sort of revival, known as the John Allen Excitement, broke out in the Water Street district of New York. Henry Little befriended Jerry and played an instrumental part in getting Jerry and his girlfriend, Maria, to a Bible study and prayer meeting at the home of Mr. and Mrs. Franklin Smith.

During the prayer time, Mrs. Smith fervently interceded on Jerry’s behalf, crying out loudly and weeping great tears. When Jerry saw how much the woman loved his soul, it broke the hardness in his heart that had crept back in over years of willful sin. He began to weep, and in response to the urging of the other Christians gathered, he cried out, “God, be merciful to me a sinner.” He repeated this over and over adding, “in Jesus’ name” until he felt a calm joy and cleansing.

Franklin Smith described this life-changing event many years later: “There was a shock which came into the room, something similar to a flash of lightning, which everyone present saw and felt. Jerry fell down on his side prone on the floor with tears streaming from his eyes. ‘Oh Jesus, you did come back, you did come back,’ he cried, ‘Bless your name.’” Henry and the Smiths became frightened, jumped up and ran outside.

Soon after this second life-changing event, God sent a very important person into Jerry’s life. Frederick Hatch was a self-made man whose shrewd business sense and tendency to be in the right place at the right time had led him to great wealth. He owned a Park Avenue Victorian home that represented the epitome of respectability.

Hatch accepted Jerry unconditionally and became his confidant, encouraging him through some rough times over the next several years. From 1870 to 1872, Jerry worked at many jobs, losing most of them because of his bold testimony as God prepared him for his future ministry.

About the same time, Maria began living for the Lord. Early in 1872 she returned to New York and married Jerry. That same year, Jerry began to consider how he might serve God. One day, singing and praising God while working as a porter, Jerry had a vision of what he felt God wanted him to do: Jerry washed and cleaned people on the outside as they came into his house, and the Lord cleansed them from the inside. The tender moment of being in the presence of the Lord led to a vow to serve as the Lord opened the way.

Because of this third significant life event, Jerry began raising money for a mission. With Fredrick Hatch’s help, he took possession of 316 Water Street in October 1872, using the money he had raised to repair the building. Then he opened Helping Hand for Men.

For the next 12 years, Jerry played an instrumental role in thousands of conversions. The tender love and acceptance he showed to the down-and-out won many souls to Christ. Hundreds of missions launched, and millions of lives have been transformed as a direct and indirect result of Jerry’s ministry. 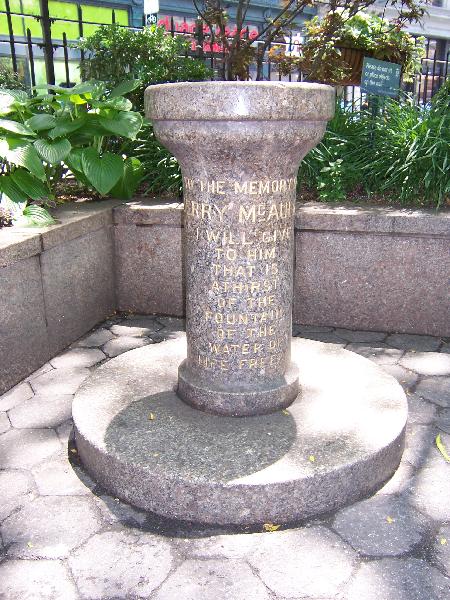 On a September afternoon in 1884, Jerry went to be with his Lord. His death came as a result of the result of tuberculosis he had contracted while in Sing Sing’s deplorable conditions. It seemed that all of New York came to the funeral of this unique man with the vision to open the first rescue mission in America.

Today, rescue missions exist in almost every major city in the U.S. and around the world. They remain a testament to how God rescues those lost in darkness and transforms broken lives.

A drinking fountain “monument” stands in Manhattan’s Greeley Square Park with this inscription: